WHY I WENT VEGAN AND GLUTEN-FREE 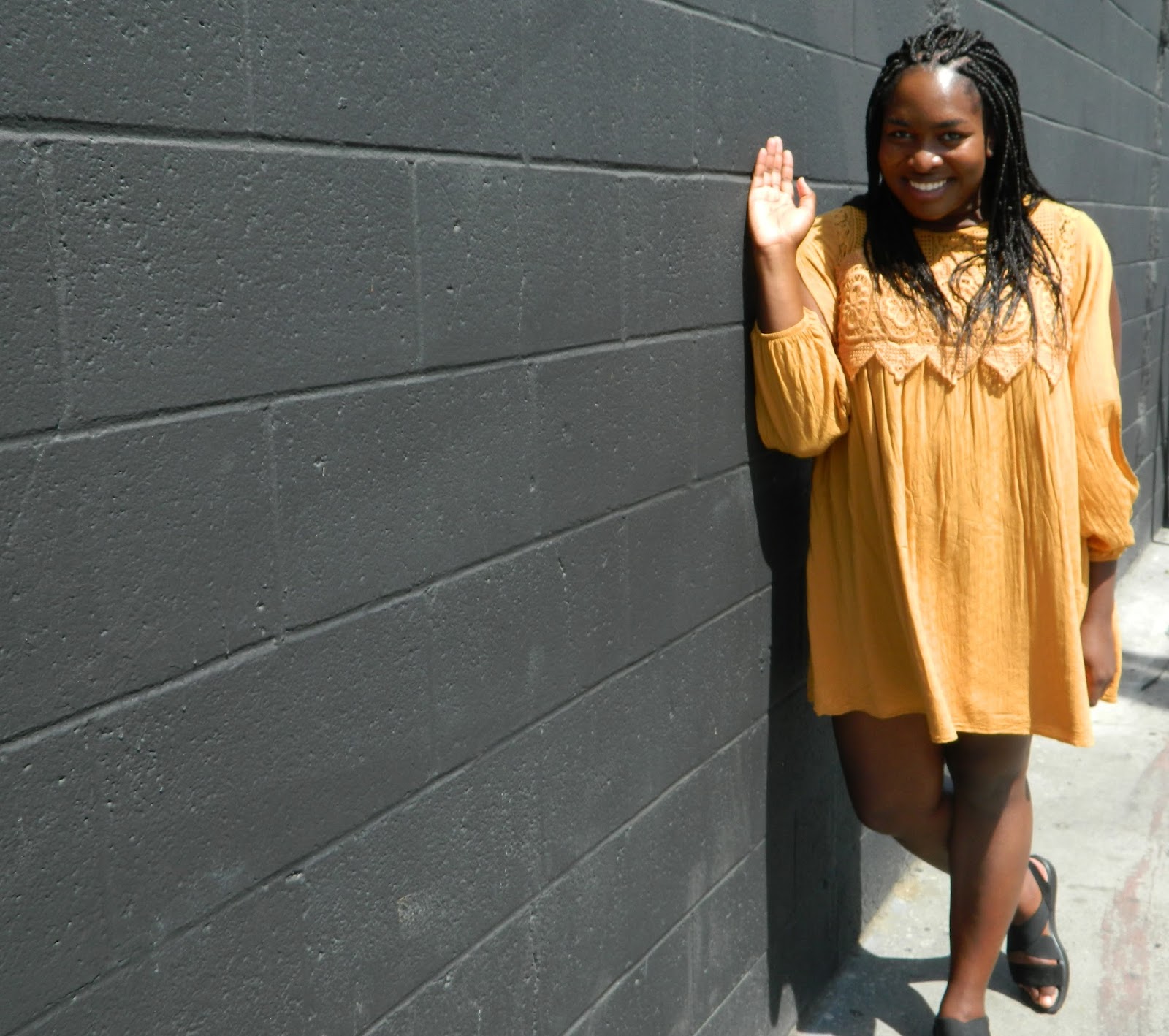 I've always been a bit of a health nut. Growing up, I was an athlete and always aware of which foods heightened my performance. However, the idea of going vegan or gluten-free was foreign to me. I heard of the nutritional benefits of being vegan and gluten-free, but I never truly believed in the gospel. When one of my sister-friends went vegan for a month in 2016, I teased and mocked her. I repeatedly scoffed, "Why girl? Meat is the truth."

You see, I'm Nigerian-American. For Nigerians, meat is our love language. We feast on juicy goat meat, chewy chicken gizzard mixed in jollof rice, tender shaki (cow intestines) in pepper—pronounced peppeh—soup, stockfish in egusi soup, and so much more. Nigerians love their meat and so did I. Growing up, my parents always checked my plate to make sure I had some meat in the mix with, "Where is the meat?" So, the idea of never eating chicken, cow, turkey, or goat was something I culturally didn't understand. It's standard for every meal. It's how you get essential nutrients like protein—so I thought.

Going vegan was one of the best decisions I made in 2017. ✨🌱💚 #MoreThanRabbitFood #LivingMyBestLife

Fast forward to February 2017, I decided to go gluten-free for 30 days to see how not eating gluten or wheat affected my health. Oh what a struggle it was. Bread by itself is delicious, and just like meat, I had it with every meal. Cutting it out, I noticed that I didn't feel as bloated and I looked thinner—even though I weighed the same. I also began cooking more, exploring a lot of gluten-free dishes. It was fun. I love cooking. Being gluten-free was exciting and easier than I thought, so I decided to stick with it.

March 2017, I'm now a gluten-free meat lover who consumes dairy (well, ice cream). Ice cream and snacks with milk ingredients were the only dairy-filled foods I consumed. I had been drinking almond milk for years. Also, brace yourself, I never liked cheese. Unless it was mozzarella. Cheese makes me gag. Thankfully, mozzarella is a cheese with almost no flavor. Also, pizza is life and you can't tell me nothing.

June 2017, I decide to try to go 30 days without meat. Someone I worked with talked about how she was vegan for a couple months and never felt better. She said she had so much energy in the morning. That intrigued me. I always woke up groggy, even if I had more than eight hours of sleep. And because I was feeling so good from no longer eating gluten, I decided to see how cutting out chicken, goat (SIGH), beef, and turkey (WELP) would impact my health.

I didn't choose the Za Life. It chose me. 🍕 #glutenfreevegan

July 2017, I'm a gluten-free, meat-free, and ice-cream connoisseur. I'm feeling super energized in the morning and generally loving not consuming meat. I sneak it every now and then, but for the most part, I'm a vegetarian who wasn't ready to let dairy ice cream go. Then, What The Health trends online, I watch it, and I toss out my ice cream. Before the film, I always side-eyed the American food industry. Can we really trust these big corporations? And after the documentary, I truly don't trust the meat and dairy industry in America. The government has their hands in it, causing companies to put additives into products to increase their shelf-life. You're also consuming unnecessary animal hormones whenever you ingest meat or a bi-product. Lastly, the protein that you get from meat is simply recycled protein that animals get from plants. It's better to eat the source: Vegetables and fruits.

August 2017, I move to California where it's super-easy to be vegan and gluten-free. I have grounded beef by accident at a party and am sick for five days. I have officially ruled off eating meat for the rest of my life.

I used to consume gluten whenever I wanted. However, since January 2018 I started getting headaches and stomach pains whenever I ate gluten. It's my body's ways of saying it does not know how to process that stuff anymore, so I should just stop. And, I have.

Ultimately, becoming vegan (July 2017) and gluten-free (February 2017) has significantly improved my health. I am strictly plant-based and loving it. My skin glows naturally, I have so much energy in the morning and throughout the day, I no longer have to take iron supplements, I haven't had a cold in over a year, and I lost 30 pounds.