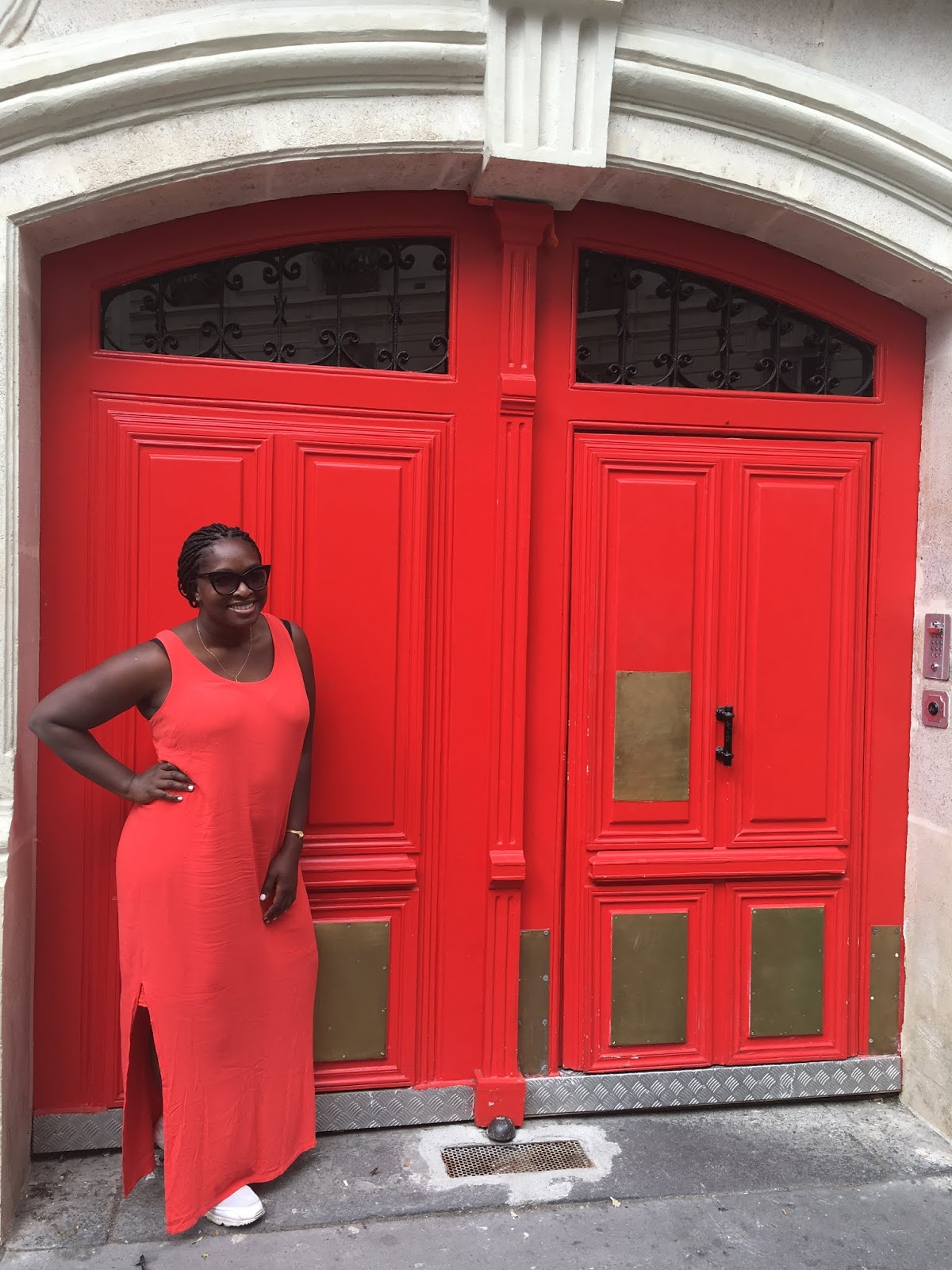 Perched by a beautiful French style door in Paris.

I recently took a trip to Paris while I was on the other side of the Atlantic Ocean for my cousin's wedding in England. While in Paris, I went on a vegan food tour. Vegan food tours in cities I visit are my favorite thing to do. Paris doesn't have many vegan or gluten-free places to dine. Unlike Mexico, gluten rules Europe. It's the land of bread! I completely understand why gluten-free isn't really a popular option. However, on the tour and on my own, I managed to find some yummy vegan and gluten-free spots. 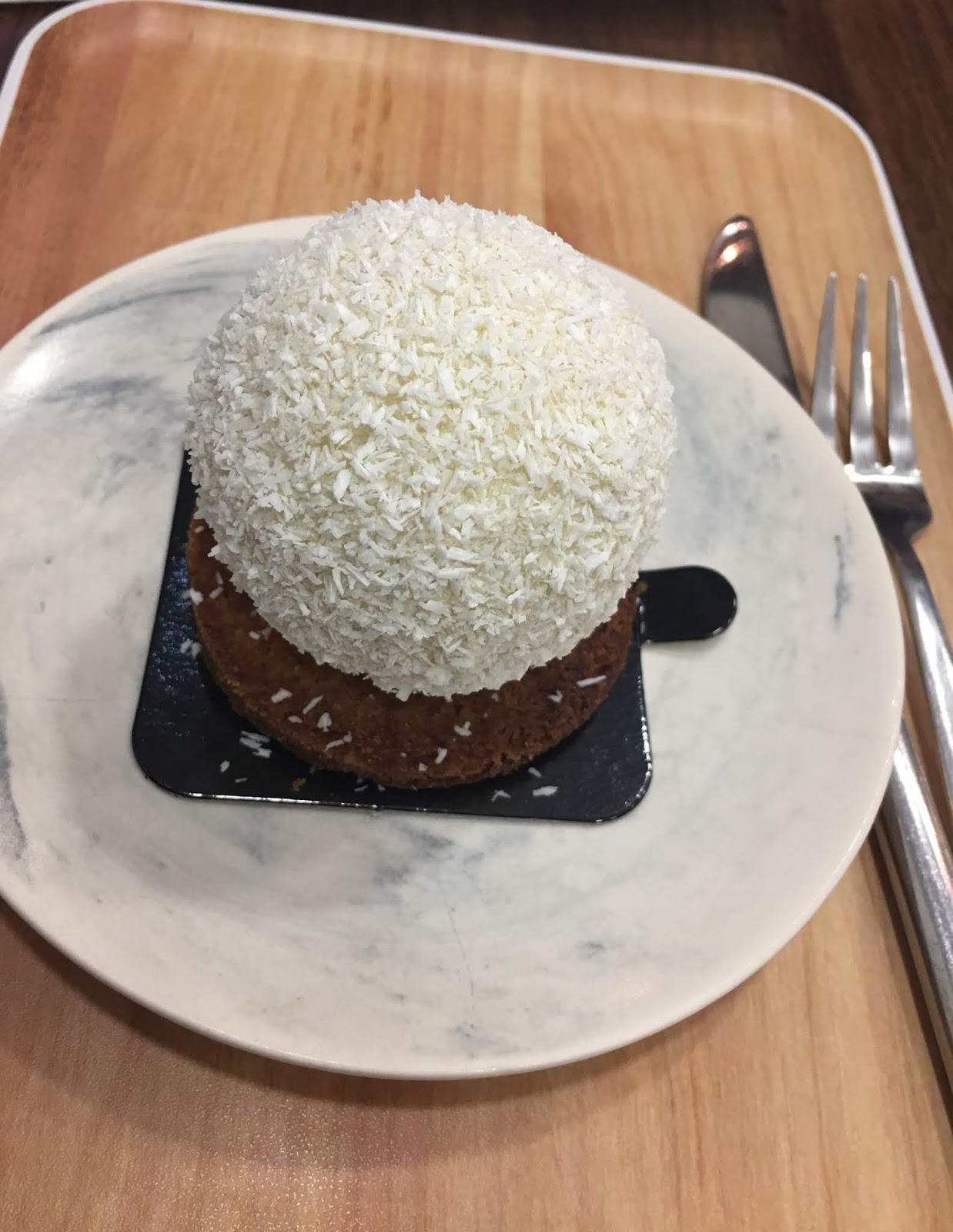 I went here twice. Everything is vegan in this bakery, aaand, there are gluten-free options. I. Was. In. Heaven. The French are known for their pastries, so I was elated that I would be able to eat some authentic French baked goods that fit my dietary needs. Pictured above is the "Pompon Blanc." It's a hard-shelled cake with a coconut mousse and mango puree filling. 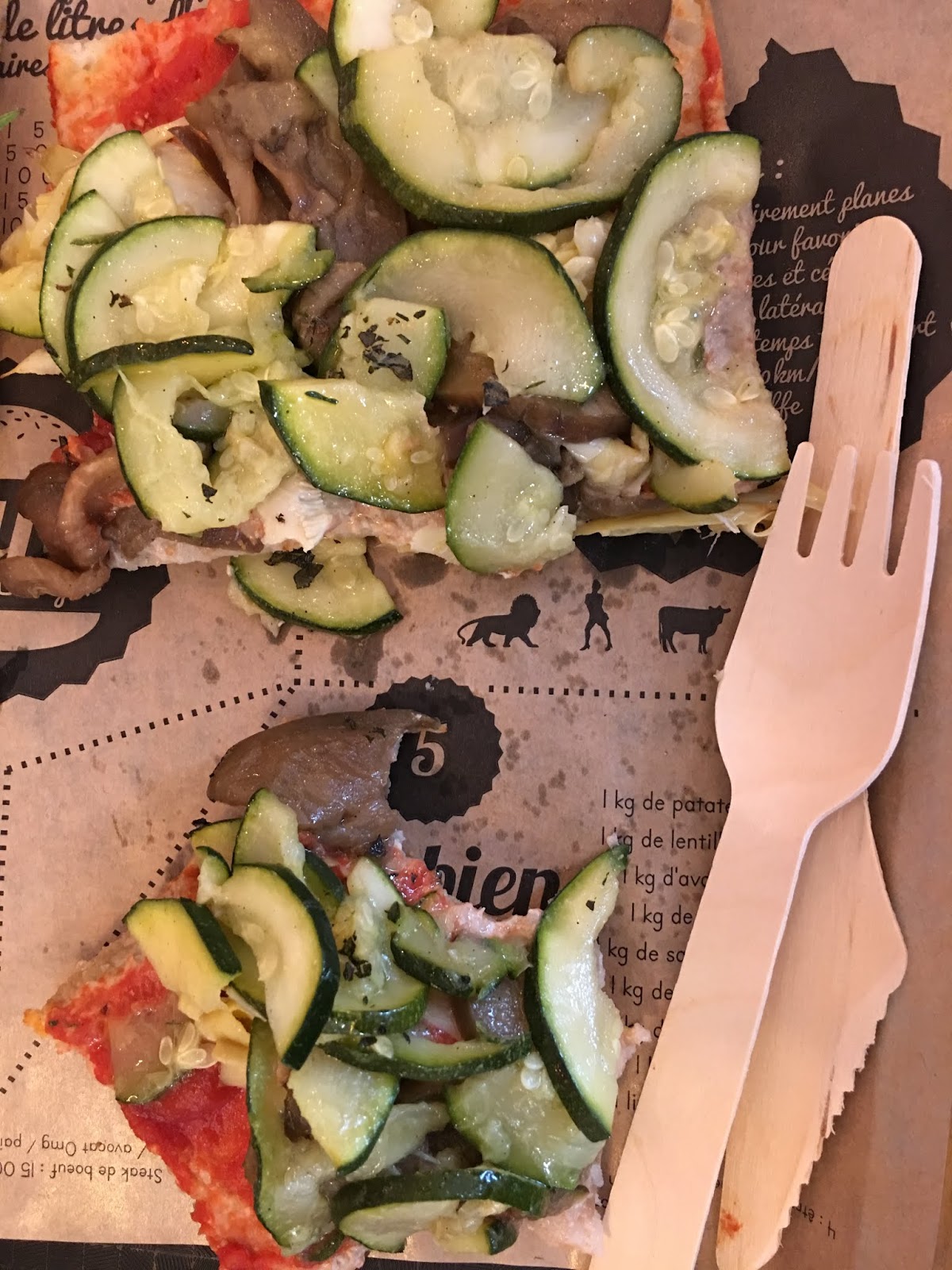 Hank is a restaurant company that has vegan pizza and burger locations in Paris and Lyon. This particular spot had the best gluten-free vegan pizza I have ever consumed. The crust is crunchy and thick—just how I like it. Even the vegan cheese they used was scrumptious. And you know I hate vegan cheese. I only had two slices, but I definitely could've eaten a whole pie. For my stomach's sake, they serve it by the slice.